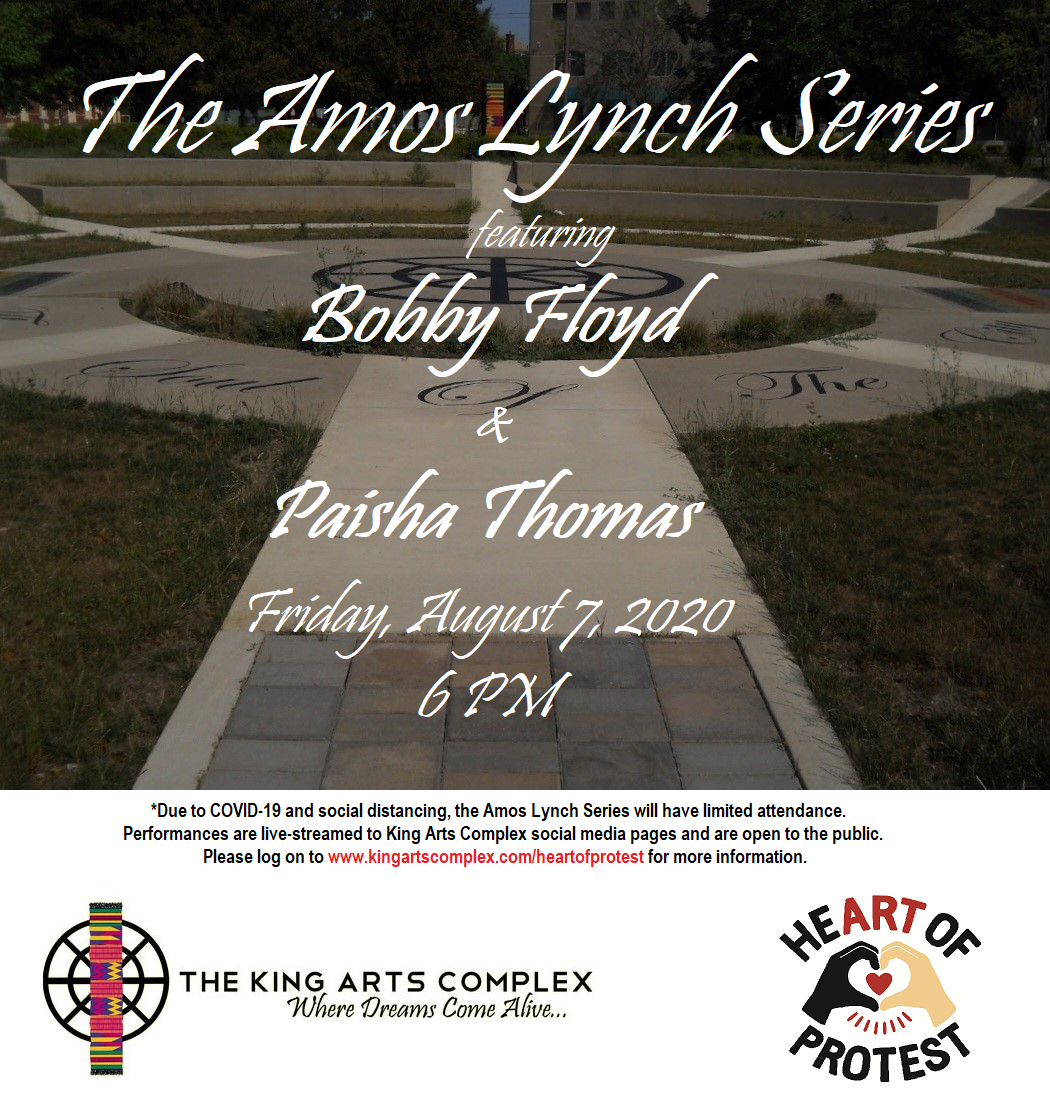 The Amos Lynch Series is simply an opportunity for the community to remain vigilant to the cause of racial discrimination, police brutality and murder, and human rights for people of color.

The Set: The Amos Lynch Plaza. This is an outdoor event and subject to weather. However, the goal is to perform 40 minutes of inspirational songs reminiscent of the 1960s protest movement. It is up to you what songs and the delivery is the artist’s preference.

The Performers: Bobby Floyd’s mother first discovered his amazing talent of playing the piano at the age of 2, where he walked over to the old upright in their Marion home and began picking out melodies. Not much later, his parents discovered he had perfect pitch, and at five, he was taking piano lessons. He has toured and performed extensively with Ray Charles, Rusty Bryant, Chris Howes, Bryon Stripling and his own trio. His current touring schedule includes performances as featured soloist with orchestras throughout the USA and Canada. Floyd is also a frequent soloist with the Columbus Jazz Orchestra where his soulful sound has backed artists such as Chuck Mangione, Branford Marsalis, Mavis Stales, Wycliffe Gordon and countless others.

Paisha Thomas’ primary medium for engaging others through art is singing and songwriting. She creates music about love, politics, self-discovery, and the condition of the world. In order to reach as many people as possible with music, she performs in local venues with the band and sometimes as a solo artist. One of her most proud performances was in the Backstage at the Lincoln Theater Concert Series. Her vision as a performing artist is to continue making music that allows people to experience all of their emotions, and also moves them to be their highest selves. In 2016, she launched a concert series called Cover Me 2016 which provides a platform for local artists and raises funds to help cover costs of music education for students in underserved populations.