On View:
TBD - December 31, 2022
Group Tours are available to be scheduled Monday through Friday from 1 PM to 5 PM
Elijah Pierce Gallery

The Elijah Pierce Gallery presents a wide range of historical and contemporary exhibitions that include painting, sculpture, graphics, photography, and decorative arts. The gallery is named in honor of the late Columbus Near East Side resident Elijah Pierce, America’s foremost wood carver of 20th century folk art.

At the Gallery, a rich variety of programs and services are available to the public that include: 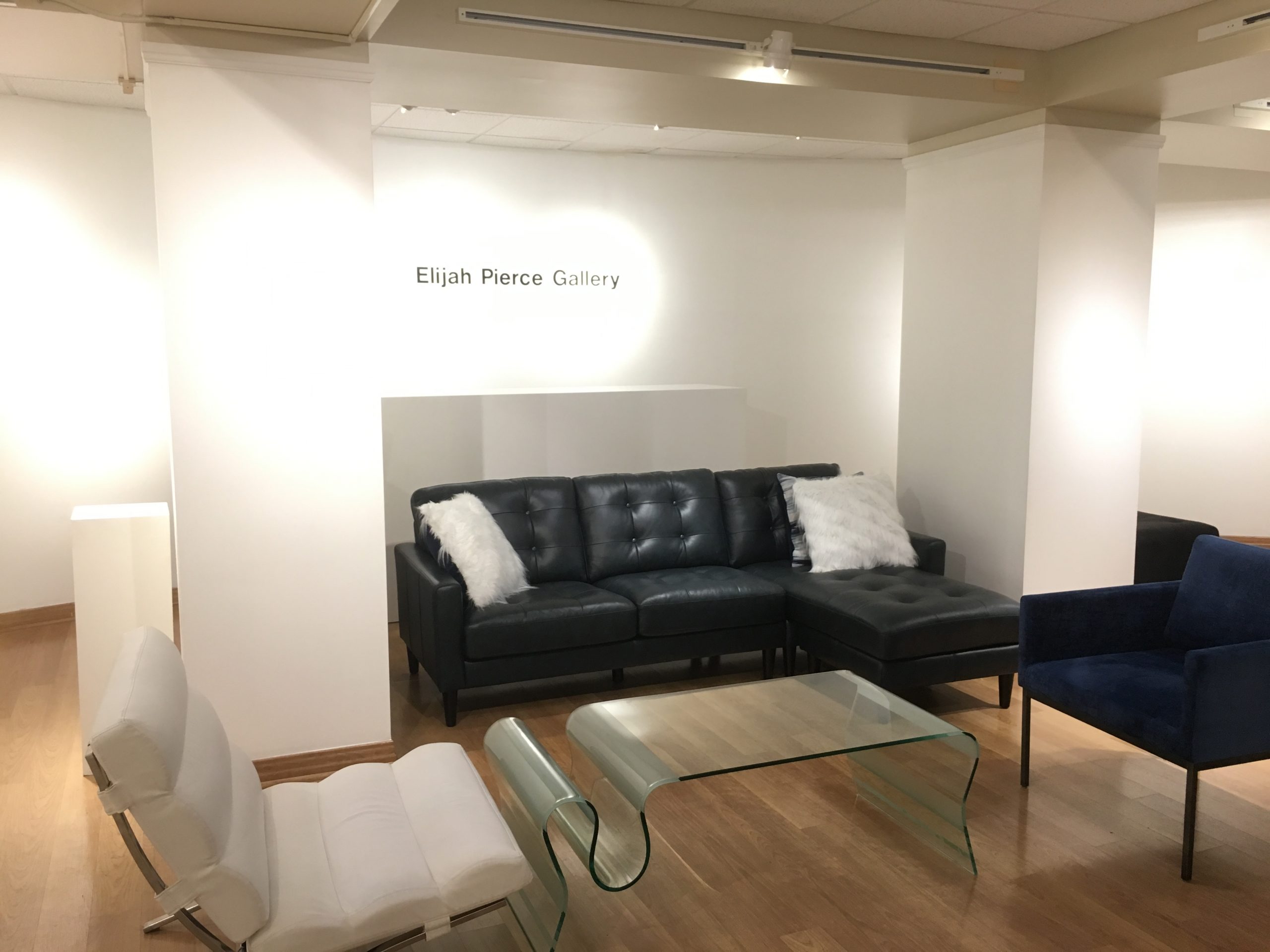 The Elijah Pierce Gallery is currently only open to the public on Thursdays from 6 PM to 8 PM. However, you can Schedule a Group Tour Monday through Friday from 1 PM to 5 PM.

The Dream Corridor is currently not open to the public.

Elijah Pierce was born to a former slave in Baldwin, Mississippi and began to carve at an early age when his father gave him a pocket knife. He developed a hobby for woodcarving and began carving wooden farm animals and other figurines from wood scraps he found. In his teens Pierce had taken an interest in barbering. He learned the trade from a barbershop in his hometown and decided to make it a career. He moved to Columbus in 1923 to be with his wife Cornelia and opened a barbershop on East Long Street after her death in 1951.

After his move to Columbus, Elijah began to carve wood more seriously. By the early 1930s, be began mounting his three-dimensional figures on cardboard or wooden backgrounds. In 1932, Pierce completed the Book of Wood, which he considered his best work. As an evangelistic lay minister, a number of his later works were also inspired by biblical stories and proverbs, Old and New Testament topics inspired him. “Every piece of work I got carved,” stated Pierce, “is a message, a sermon.” His early work also depicted African-inspired fables, Freemasonry symbols, African-American heroes, and a veritable “Noah’s Ark” of animals.

During this lifetime, Pierce received international recognition for his work and is regarded as one of the most talented and influential woodcarvers of his time. In 1973, Pierce won first prize in the International Meeting of Native Art in Zagreb, Yugoslavia. In 1982, the National Endowment of the Arts awarded him a fellowship as one of 15 master traditional artists. After his death in 1984, the Martin Luther King Jr. Performing and Cultural Arts Complex recognized his work by naming the Elijah Pierce Gallery in his honor.