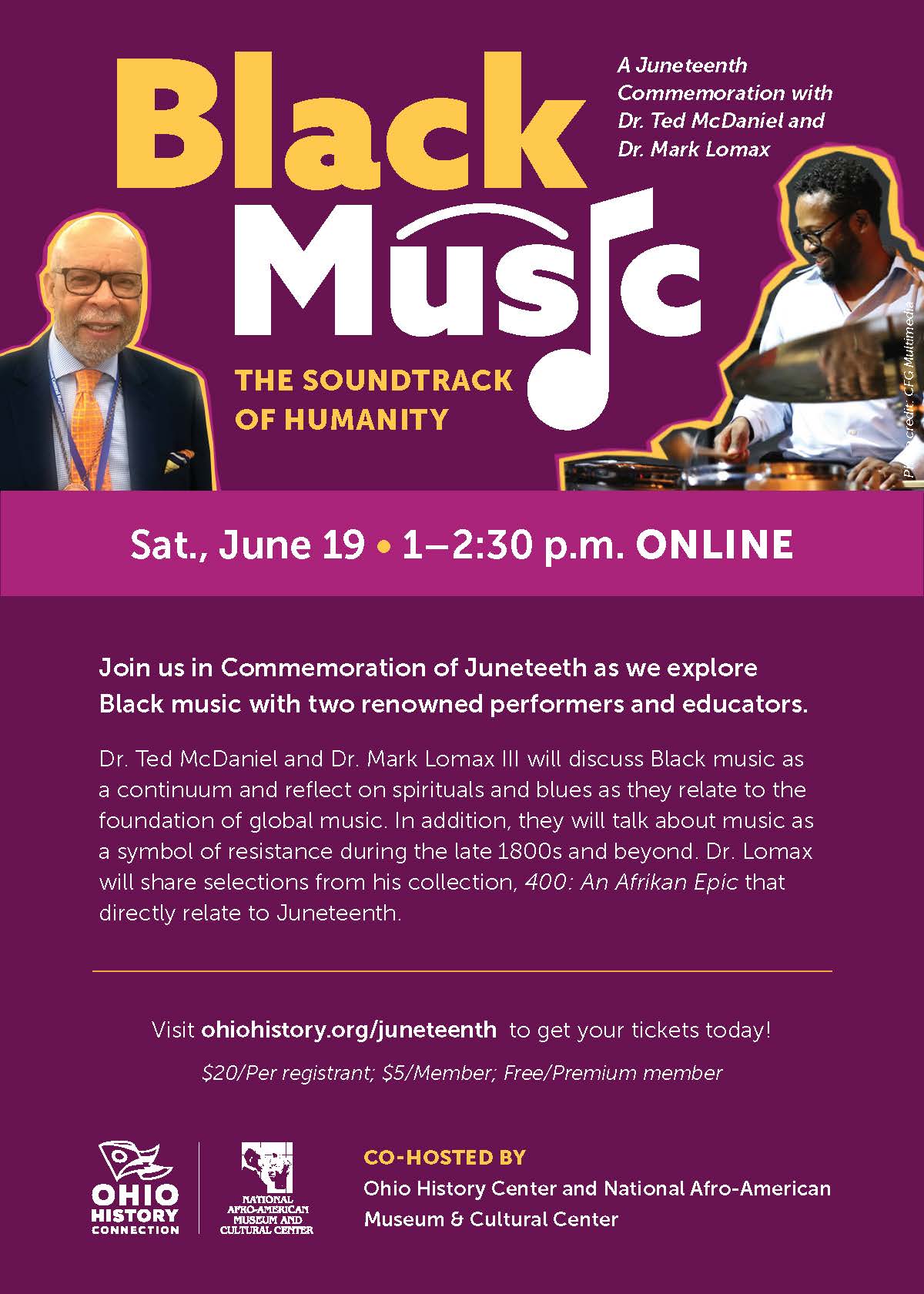 Join us in commemoration of Juneteeth as we explore Black music with two renowned performers and educators. Dr. Ted McDaniel and Dr. Mark Lomax III will discuss Black music as a continuum and reflect on spirituals and blues as they relate to the foundation of global music. In addition they will talk about music as a symbol of resistance during the late 1800s and beyond. Dr. Lomax will share selections from his collection, 400: An Afrikan Epic that directly relate to Juneteenth.

Speakers:
Dr. Ted McDaniel, Professor of African American Music at The Ohio State University since 1981 is a specialist in jazz history, jazz performance and African American Music; he retired in 2015.  He held faculty appointments in the School of Music and the Department of African American Studies where he served as Department Chair for eight years. His scholarly and creative writings were on aspects of jazz and black music, and he was invited to lecture extensively throughout the United States and to present in Africa, Europe and China.

Dr. Mark Lomax, II holds a Doctor of Music Arts degree in composition from The Ohio State University.  He is a critically-acclaimed composer, recording artist, drummer, activist and educator. He has toured extensively with jazz greats such as Clark Terry, Delfeayo and Ellis Marsallis Dr. Lomax lectures on the socio-political and spiritual aspects of African American art, music, race and using the arts to build community. In 2019 he released 400:An Afrikan Epic. It consists of a 12 album cycle that tells the story of the Afrikan Diaspora.  This project was completed during a residency at The Wexner Center for the Arts. 400 has been presented across the country at various colleges, universities, art and community organizations. Learn more about the project and go behind the scenes with Dr. Lomax.